The plot of the creation of man by a deity in Africa south of the Sahara is absent, which suggests that it appeared later than 50 thousand years ago. More precisely, in Africa, as well as in Melanesia and Australia, such narratives are occasionally encountered, but they do not resemble one another, so nothing points to their origin from one center. But in the same regions where the myths about the mortal nature of man are prevalent, there are almost universally recorded stories that people were not created by the deity, but came out from under the earth – alone or together with animals. Here it is said that people came down from the sky. It can be assumed that these subjects already existed before the release of a man from Africa, and, consequently, their age is more than 50 thousand years. Whether they are of the same age with myths about the origin of death or appeared earlier, or later – they can not be judged. In principle, it is permissible that some myths appeared in Africa before 50 thousand years ago, but we can not prove or disprove this assumption. 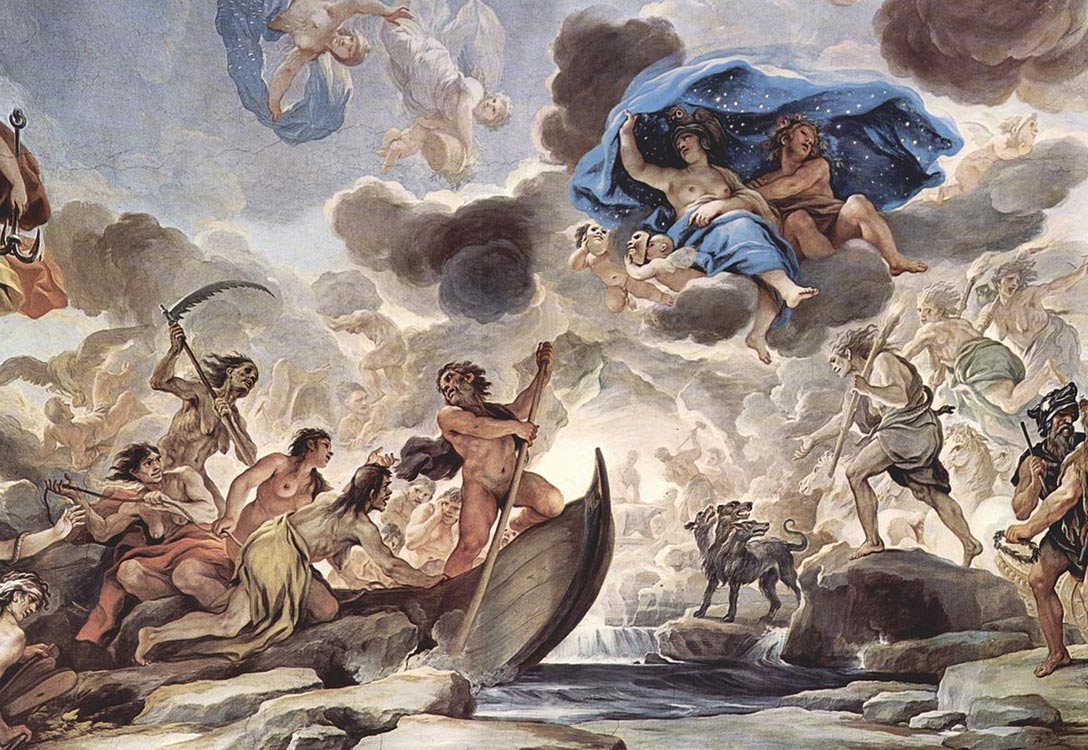 The option with the release of people from under the ground is more revealing than the option describing the descent of people from the sky. According to him, there were many people, among them were men and women, children and adults. This is a completely different concept than in most myths about the creation of man by a deity. As for the descent of people from the sky to earth, there are different versions – as with many people of different sex and age, and with a couple of ancestors, from which then humanity happened. This last option (with a pair of ancestors) is occasionally found in continental Eurasia (for example, in the Khanty). However, in general, both the “descent from the sky” and the “escape from the earth” are confined to those territories on which other plots, probably, originated from our African ancestors, are also fixed.

Very ancient may be the idea of the origin of people from plants or the story that people have grown like grass. However, the specific versions of these narratives are very different, so the independent emergence of such narratives in different regions is quite possible.

The next group of myths about the origin of man is represented in the Indo-Pacific regions of Asia and in America, but is absent in Africa and most of continental Eurasia. To get to the New World, these stories should have been known in East Asia at least 15 thousand years ago, whereas the absence of African analogies indicates that 50 thousand years ago such narratives have not yet arisen. Age of about 15, maximum 20, at most 30 thousand years ago is more likely than about 30-50 thousand years ago, since people of the modern type had not yet existed in East Asia 30,000 years ago. Following along the coast of the ocean, they have long penetrated into Australia, but in the folklore of Australian aborigines’ analogies to such stories have not been found.

The group of myths, probably first spreading within the Indo-Pacific margin of Asia, includes ideas about the origin of people from drops of blood. Admiralty islands say that people originated from drops of blood of a goddess who cut her finger with a shell, the Nanaese had a bite of their finger, in the south in the Southeast of the United States the first people come from the menstrual blood of the Sun, and the Yanomami in South Venezuela believe that a certain hero The month was shot, and the progenitors of the tribe were born from his blood. The same group includes stories about the origin of people from grains, about their creation from skin scales or mud collected from their breasts not long washed by God. During the same period, stories spread in East Asia that people in general or individual tribal groups and tribes are descendants of a dog. It is characteristic that in South America all these subjects are either completely absent or are found only in areas relatively close to the Isthmus of Panama, but they do not exist on Tierra del Fuego or in Eastern Brazil. In general, they are typical for the western and northern regions of North America. Such a distribution testifies to the fact that in the mythology of the very first migrants to the New World, relevant plots were absent. At the same time, in the Old World, they are not characteristic of Siberia, but of Southeast Asia and probably infiltrated America with those settlers who walked along the ocean coast.

To this group may also belong to the story that the first people were created from a fragile, unsuitable material (oil, wax, snow or dough) and therefore proved to be inferior. Only with the second, third, or even the fourth attempt of the deities it is possible to create real people. Such a motif in myths of creation is, however, rare. It is much more characteristic for narratives, which do not talk about people in general, but about a specific character.

The most recent can be stories that have a regional distribution, such as the origin of people from a pig or the story that fallen from the tree fruit or coconut leaves turned into women. Both occur in fairly limited areas in Asia and Oceania. It is logical that the story of the origin of women from coconut is found in Southeast Asia and Melanesia, that is exactly where the coconut tree comes from. 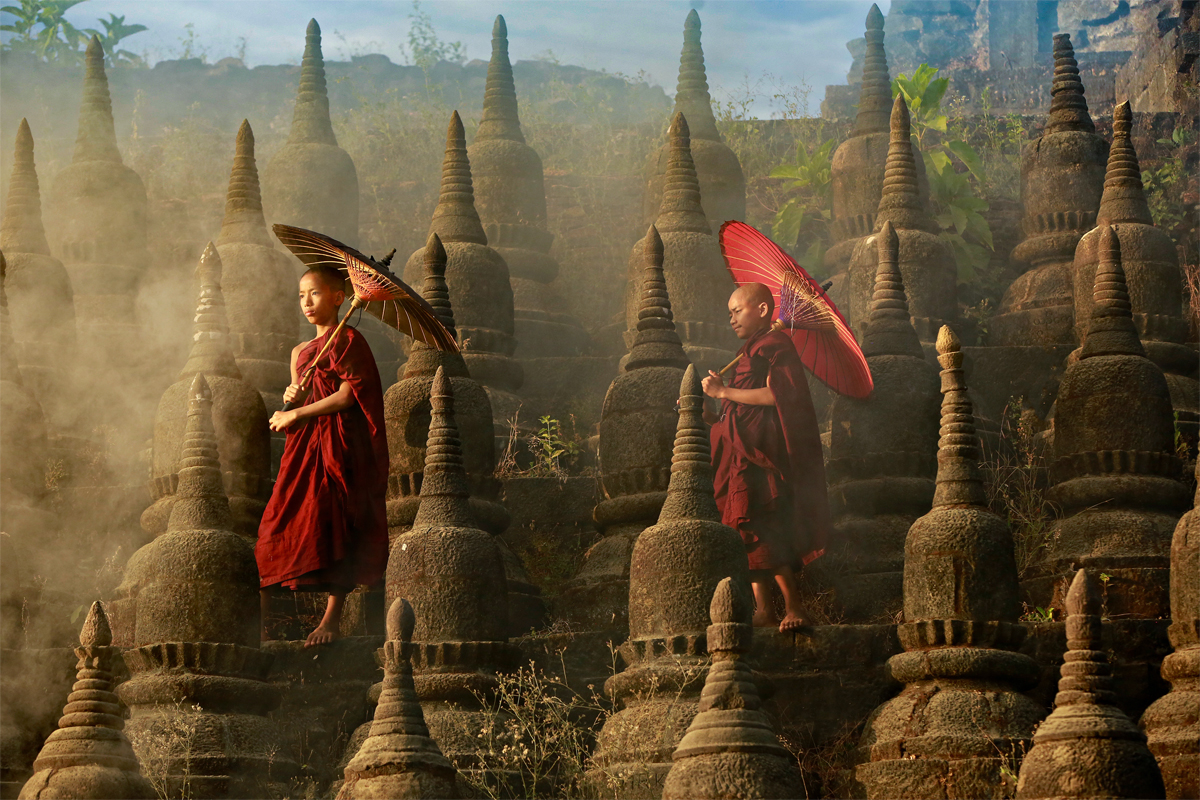 The myth about the woman giving birth to a pumpkin, a bag of eggs, a piece of meat, etc., deserves more attention in South-East Asia, with the adjacent regions of India and southern China. The birth is cut, chopped, pieces turn into people, from a pumpkin or a bag, too, come out a lot of people – usually the ancestors of individual tribes. Typically, this story is part of a long mythological narrative that begins with a story about how the brother and sister managed to escape the flood and how they decided to break the ban and get married. Along with the Indian-Siberian-North American plot of obtaining land from the ocean floor (often followed by the appearance of people), the myth of the flood and the “birth of people from pieces” is the most complex and developed in all world mythology. Since it is not known in America or even in northern China or Indonesia, this cycle as a whole is unlikely to have formed in the Paleolithic. At the same time, it is based on a more general theme: the generation of present people by a brother and sister, usually saved after a catastrophe that destroyed ancient humanity. This motif is in America, and its distribution in the Old World clearly indicates its initial appearance within the Indo-Pacific margin of Asia. Accordingly, its antiquity may well be more than 15 thousand years. As for the motive for the appearance of the first people from the pumpkin, judging by the images of the ancient Maya and some of their neighbors, he was known in Mesoamerica, although in the texts recorded after the arrival of the Spaniards, this story is not fixed. It is unlikely that the myth reflected in these Mesoamerican images is historically associated with variants from Southeast Asia, rather it is a coincidence.

Part of the plots is found only or mostly among American Indians, and not everywhere, but only in certain regions: people arose from sticks, or from the bones of former people, or were caught as fish. As for the Old World, in the vast expanses from the Baltic to the Pacific Ocean recently (hardly before the middle of the 1st millennium AD), the myth spread about how God made people, left the dog as a watchman, and himself went to bring people to the soul. At this time, the enemy of God bribed the dog, giving her a warm skin, and spoiled human preparations – spit them or revived himself, thus depriving immortality. The origin of this plot is complex and confusing and reflects the transcontinental connections of the last millenniums. It seems that the plot was formed among the Indo-Europeans who lived in the Bronze Age in the Eurasian steppes. In this initial version, the enemy of God was a horse, trying to trample human figures, and the dog valiantly defended them. In a similar form, the plot survived in India, Pakistan, Tajikistan, Abkhazia, Georgia (from the Swans), Armenia. His echoes are noted among the western Mongols, Kirghiz and even in the far north from the Nganasan. After the radical cultural and linguistic transformation of the second half of the 1st millennium AD, when Zoroastrianism (where it was) gave way to Islam, and the Iranian languages were largely replaced by the Turkic ones, the plot turned out to be turned inside out: the place of the “devil’s horse” “Took the previously revered dog. For “betrayal” God forced her to be a servant of man and suffer adversity. In the Indian and Caucasian variants, a horse is subjected to such punishment, and the dog is awarded. 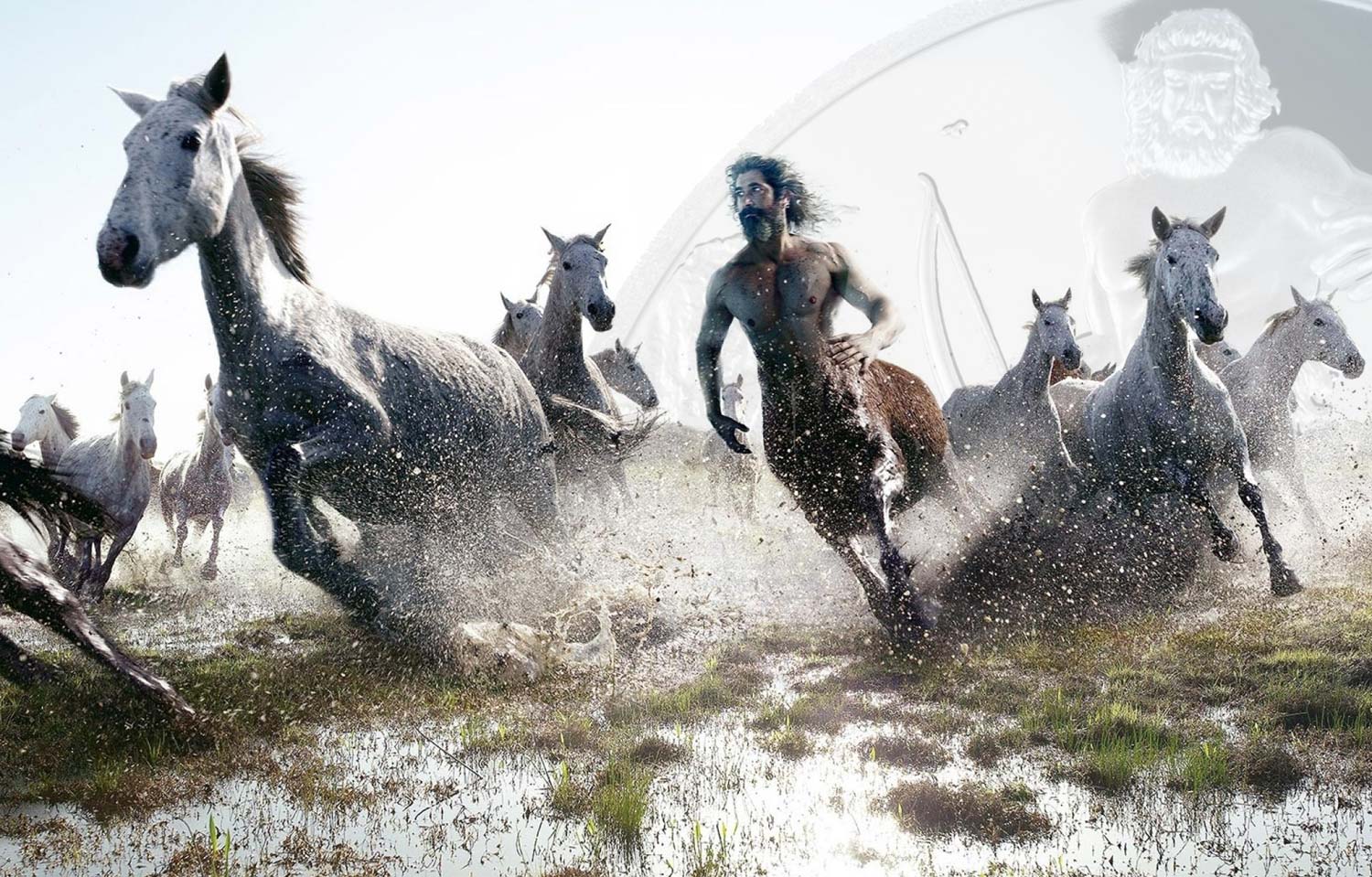 Was the myth of the horse, the dog and the creation of man familiar to most Indo-Europeans, and not just to the inhabitants of the steppe zone (probably Indo-Iranians)? In Danish, Norwegian or Lithuanian folklore there are some parallels, but they mostly concern only the notion of a horse as a creation of a trait. The pre-Christian mythology of the population of Spain, France, Italy is very poorly known (the Latin sources mostly follow the Greek models). So, it’s difficult to reconstruct a story that is characteristic of ancient Europe, especially for the period before the Neolithic period.