Let us return to the biblical myth of the creation of man. It is likely that he belongs to the common Opposite tradition, which also includes the Sumerian-Akkadian variants. However, it is impossible to judge the more distant kinship – there are almost no coincidences, and the general motive for creating clay (in essence from the earth) is too simple. On a significant part of Eurasia and Africa, possible ancient local variants are blocked and assimilated by the Christian and Islamic traditions. One can only say with high probability that the theme of the creation of the first person (and not the appearance of people who came to earth from a certain receptacle or born of a divine couple) is not among those that from the very beginning attracted the attention of our ancestors. It can not be ruled out that this kind of narrative appeared here and there at different times, but they did not turn into a popular, widespread story. In the western half of the oecumene, the situation began to change in the last millennium, when Christianity spread here (and other Abrahamic religions). It is not excluded that the steppe Indo-European (as we believe) myth about a horse, a dog, and the creation of a man (it is a man, perhaps a couple of people, but not the appearance of a multitude of people at once), is somehow connected with the Asiatic versions, but it is difficult to prove. In the eastern half of the oecumene, the creation of a human deity from the earth (clay) is found only as one of many myths about the appearance of people. In this case, most often the act of creation is not important, and attention is focused on the other – the opposition of the two creators whose creations differ, or again on why the created people do not live forever. 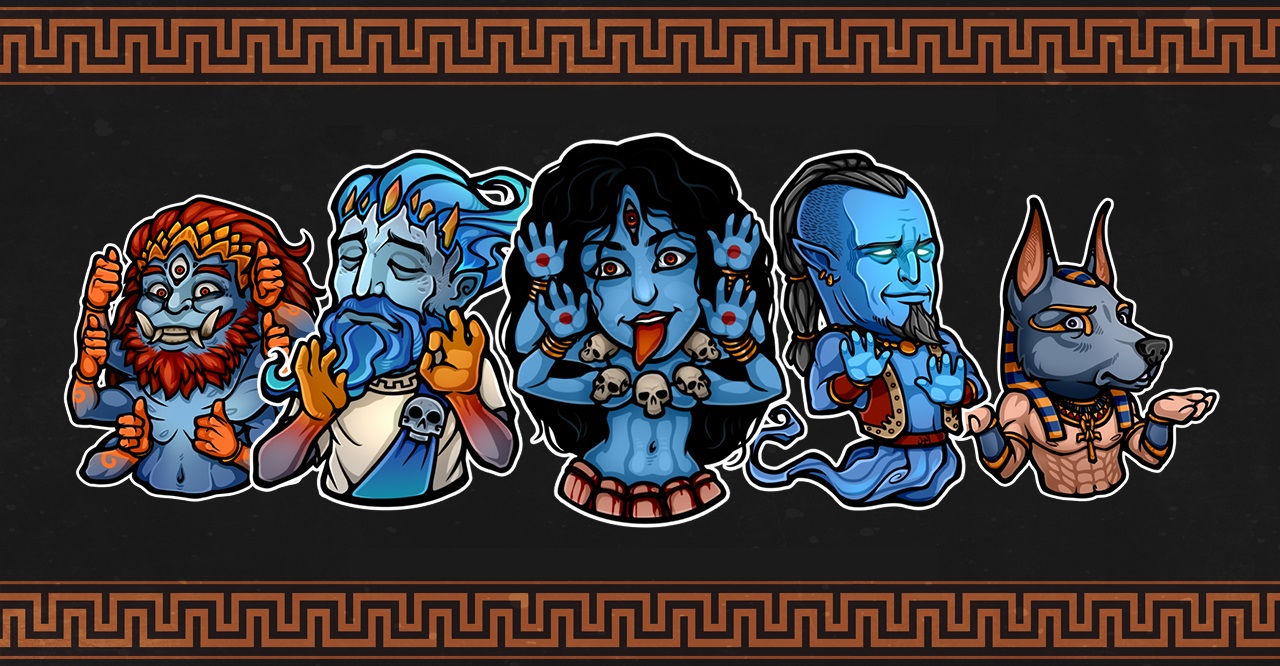 In general, a review of myths and legends on a global scale shows that the diversity of ideas about the origin of people is extremely large. In addition to these versions, there are many more local options. In the ancestors of people recorded dwarfs and giants, various plants and animals – not only fish, dogs and pigs, but also ants, frogs, worms, birds. In the pantheon of our ancestors there was a place for monkeys. Myth makua (Mozambique) reports that the creator of Muluku created a man and woman and tried to teach them the basics of culture, but they did not want to learn and fled into the forest. Then the annoyed creator taught two monkeys, which turned out to be very sensible. Cutting off their tails, Muluku turned monkeys into humans, and attached tailings to negligent people, turning them into monkeys. So people are descendants of savvy monkeys, and monkeys are descended from negligent people.

A wide distribution of some plots about the origin of man is associated with their inclusion in the composition of world religions. At the same time, new versions arose, in which local and borrowed motives formed bizarre combinations. For example, in Siberia, among the Khakas, Khanty, Mansi, Yakuts, Evenks, the biblical story of the expulsion of Adam and Eve from paradise as punishment for the eaten fruit, which God forbids them, has its own interpretation. The first people, whom people in the full sense of the word could not be named, ate blueberries, cowberries or other forest berries. After this, wool or horny covering came off their bodies, and they spawned a large number of offspring. By the way, it is not at all obvious that the motif of the forbidden fruit was borrowed by the Siberian aborigines from the Russians, it could have penetrated here much earlier from the Middle East through Central Asia.

In fairy folklore, whose stories have spread widely across Eurasia and North Africa over the last fifteen hundred thousand years, there are sometimes the same motives as in the myths about the origin of man. How random such coincidences are, it is often impossible to say. Having ceased to be a part of the mythological tradition, fairy-tale motifs were easily borrowed and extended to great distances. To determine in this case their initial range is difficult. Here is, for example, a fairy tale about a clever peasant Gavril, recorded 100 years ago by ethnographer Vladimir Dobrovolsky in Smolensk province. Formally, it corresponds to the story of the appearance of people from fragile materials, but this story in this case is perceived as a notorious fiction, and the corresponding myth is hardly ever known in Europe. It is said that Gavrila wanted to blind a clay man, that he commanded the peasants. But the clay man died in the rain. The second variant from a rye dough was eaten by a pig. The pig was beaten with an oak stick and a vine – so did the Dubinsky and Lozinsky appear.

Some mythological subjects are now experiencing a second birth in popular culture, when the myths of different peoples try to find a reflection of real events that took place in ancient times. Here it is possible to attribute attempts of creationists to bring a scientific base under the biblical tradition about the creation of the world. Or, for example, people descending to Earth from the sky – than not naive interpretation of “paleocontact”, ideas about the alien origin of man. However, the question arises: why does the myth of descendants from the sky reflect the reality to a greater extent than legends about people climbing out from under the earth, from a crack in the rock or from a built-up tree? Pseudoscientific films about ancient giants – the ancestors of modern people – were shown even by federal channels of television. Here folk tales about giants intertwined with the teachings of the mystics of the XIX century and formed the basis of illiterate but attractive to the public ridiculous hypotheses. 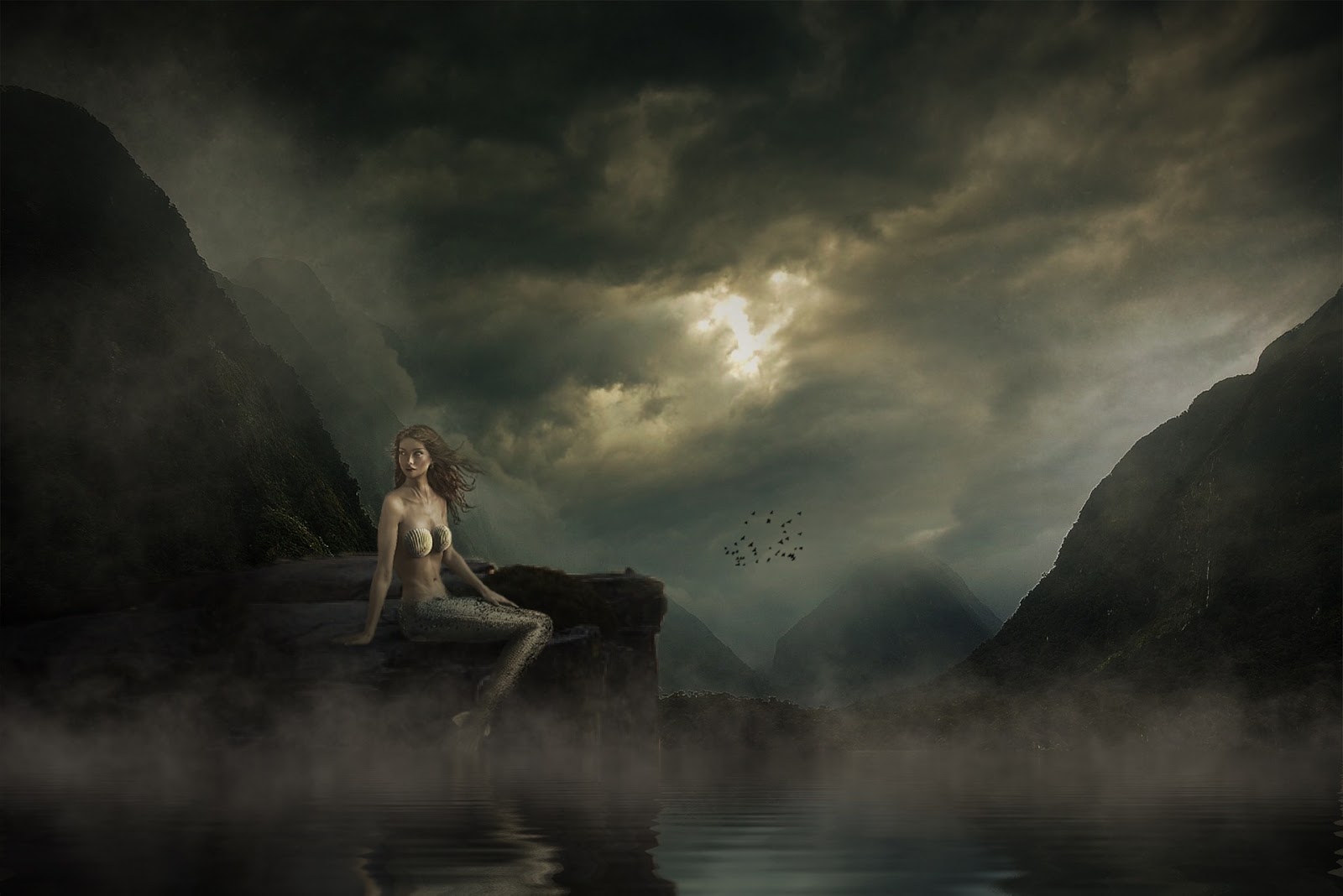 Traditional folklore, including “myths” – is the key to the past. There are several such keys, some are managed by archaeologists, others by genetics, the third by linguists, etc. Comparison of the results obtained by these sciences, their synthesis, reveals not only the paths of ancient migrations and contacts between different cultures that left material traces, but also the ideas of people of the distant past about the world around them, what worried them and what they told their children. Folklore remains a unique source of data for the reconstruction of the elements of the spiritual culture of ancient societies, and much remains to be explored on this path.